My teaching story is not the traditional “I always wanted to be a teacher” story that you often hear. If you would have told me years ago that I would be a teacher I would have laughed out loud. I would say that I accidentally became a teacher and fell in love with it and am now grateful for being an educator.

I originally went to college and studied Film and Television Production. After I graduated I moved to my grandparents’ house on the North Shore and quickly learned that the market for “real” jobs was non-existent. I worked a lot of different odd jobs to get by including working on a shark tour boat, construction, as a tree worker, selling solar panels, and actually drove an ice cream truck. I think I hit “rock bottom” when I was driving the ice-cream truck and pulled into a beach park too quickly, hit the brakes, and all of the ice cream, sprinkles, toppings, and anything else not strapped down went flying all around the back of the truck. It took me a couple of hours to clean the mess and I made about $10 that day.

Predictably, I quickly got tired of these different jobs and often found myself frustrated. At a friend’s BBQ one day I was venting about my jobs and someone suggested that I try out substitute teaching. I chuckled and shrugged off the idea. About a week later I thought about it some more and looked up the requirements and learned what I could about it. Shortly after I enrolled in a course so that I could give it a shot.

I remember the first time I got a call to substitute teach. There was a pre-recorded voice reading to me my very first sub job. I anxiously got my pen, ready to write down the details. I waited to hear the name of the school and heard “Hale Kula Elementary.” Next, the moment came on the call where the teacher who needed a sub would say their name, and I heard “Lars Hanson.” I said to myself, “Lars what?” but wrote down his first name. I barely slept that night as nerves crept over me. I could not believe that I was going to actually be in charge of a bunch of kids the next morning. I did not feel ready at all.

I remember pulling up to Hale Kula for the first time and thinking that it was a really big school on a beautiful campus. In the office I learned that Lars Hanson was a 4th grade teacher. The clerk gave me the keys to his room and I was on my way. I got to the room and went in and found his sub plans handwritten on a piece of paper. His handwriting was tough to read. Not long after, the bell rang, and I heard what sounded like a tidal wave of voices coming towards me. I felt like throwing up.

Substitute teaching turned out to be great for me. On that first day, subbing for Mr. Hanson, I found that I had a knack for talking to and relating to kids. I enjoyed teaching them what I knew and working with them. I was shocked at how fast the day went by. I was shocked to go home and think about how much fun I had that day. Luckily, I was able to book many more sub jobs and got to know many of the teachers at Hale Kula, which is now known as Daniel K. Inouye Elementary. I am still friends with many of the people who I used to sub for, including Lars Hanson. I have heard that these days he actually prints his sub plans from a computer.

After two years of subbing, a Special Education (SPED) teacher suggested that since I was subbing so much, I go ahead and get a teaching license. She also suggested that I consider the SPED field because there were never enough SPED teachers. I took her advice and not long afterwards I was enrolled in the Master’s program at Chaminade University for a Special Education teaching license. Because I was enrolled in school and there was a shortage of SPED teachers, I was also able to get hired as an Emergency Hire teacher and was suddenly a 4th grade SPED teacher.

I am now beginning my ninth year of full-time teaching. I look back on it and am so grateful for how things turned out. I love coming to work and I love teaching kids.  I have found my home in 5th grade but know that “you never know” so am open to whatever possibilities come my way.


Thanks for reading my story. 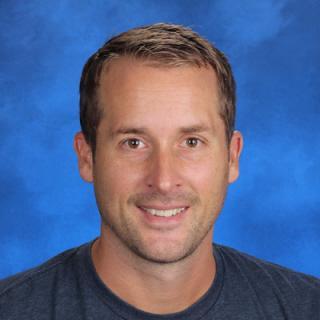